H.H. Pope Tawadros II Signs a Cooperation Protocol between the Coptic Orthodox Church and the Egyptian Ministry of Environment 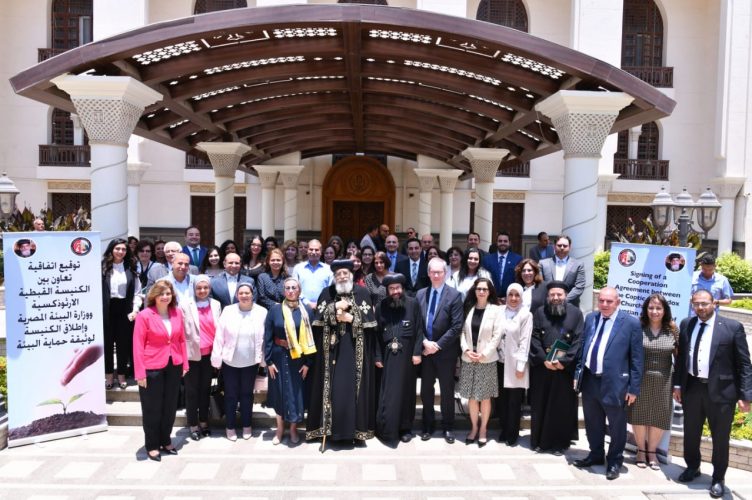 This morning, His Holiness Pope Tawadros II and Dr. Yasmine Fouad, Minister of Environment, signed a cooperation protocol between the Coptic Orthodox Church and the Egyptian Ministry of Environment. The Coptic Orthodox Church also released a document expressing its position on environmental protection in the presence of His Grace Bishop Yolyous, General Bishop of Coptic Cairo and the Bishopric of Public, Social and Ecumenical Services, and several ambassadors and representatives of United Nations bodies and civil society organizations.

The cooperation agreement aims to promote joint action in the field of environmental issues and to reach a general culture of a society that translates into positive behaviours towards the environment and its natural resources to protect the environment and achieve sustainable development.

His Grace Bishop Yolyous pointed out in his speech the importance of partnership for the development of Egyptian society and to reach the neediest and marginalized groups.
His Grace stressed that the episcopate pays great attention to supporting environmental issues, especially climate change issues, because of their social and economic impacts that hinder the development process.
This requires more cooperation between all parties concerned to protect and develop it.
In her speech, Her Excellency Dr. Yasmine Fouad, Minister of Environment, praised the efforts of the Coptic Church, led by His Holiness Pope Tawadros II.
The efforts made to support the state’s efforts to preserve the environment and its resources
She stressed that the government pays great attention to the environmental dimension and realizes the importance of raising the awareness of individuals.
Noting that the government seeks not only to protect the environment but also to sustain resources to ensure their survival for future generations.
The Minister praised the church’s role in implementing the National Climate Change Strategy 2050, which will be implemented with the participation of all segments of society.
Her Excellency the Minister also appreciated the document launched by the Coptic Church, from which the most important development messages were extracted, including linking environmental preservation to the idea of ​​societies’ resilience in the face of the effects of climate change,
Since the developing countries, including Egypt, although they did not cause climate change emissions, are the most affected by it,
This requires strengthening the capabilities of those countries to adapt to the effects of climate change and creating societies that are resilient to the effects of climate change.
The Minister also praised the Church’s role in the recently launched National Climate Dialogue to raise awareness and promote the participation of various groups, including youth, politicians, clergy, women and civil society, in facing the challenge of climate change.

For his part, His Holiness Pope Tawadros II affirmed that the protocol comes within the keenness of the Coptic Orthodox Church to carry out its national role and responsibilities toward global and societal issues.
And his support for Egypt’s national strategy, His Holiness praised the great efforts made by the Egyptian Ministry of Environment to protect the environment,
The ministry was keen to spread environmental awareness among the different groups of society and to improve the environmental behaviours of the community by launching the first national initiative to spread environmental awareness “Be Prepared for Green” under the auspices of the President of the Republic.
His Holiness also pointed out that the Church always prays for the air, the plants, the grass, and the plants of the field, so that the Lord may bless her to grow and multiply until she is full of great fruit.
His Holiness pointed out that the Egyptian government, led by President Abdel Fattah El-Sisi, attaches great importance to the environmental dimension and places it at the top of its priorities.
In conclusion, His Holiness thanked His Grace Bishop Yolyous and the work team of the Bishopric of Social and Ecumenical Services, which is the developmental arm of the Church, for the continuous development efforts made by the Bishopric, especially regarding environmental issues. 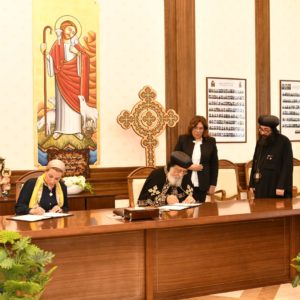 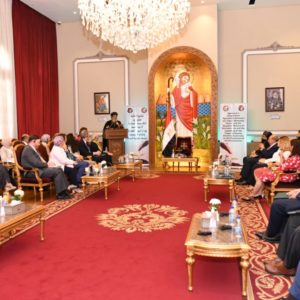 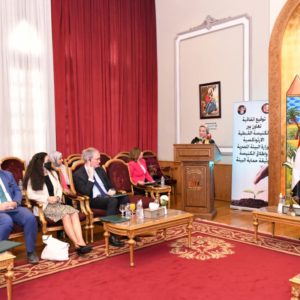 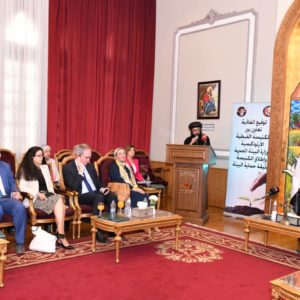 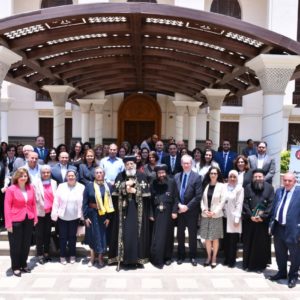 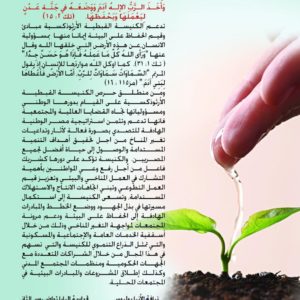 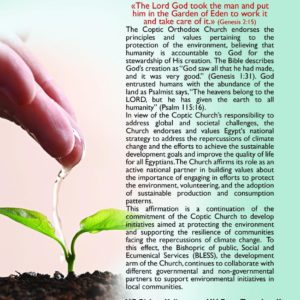 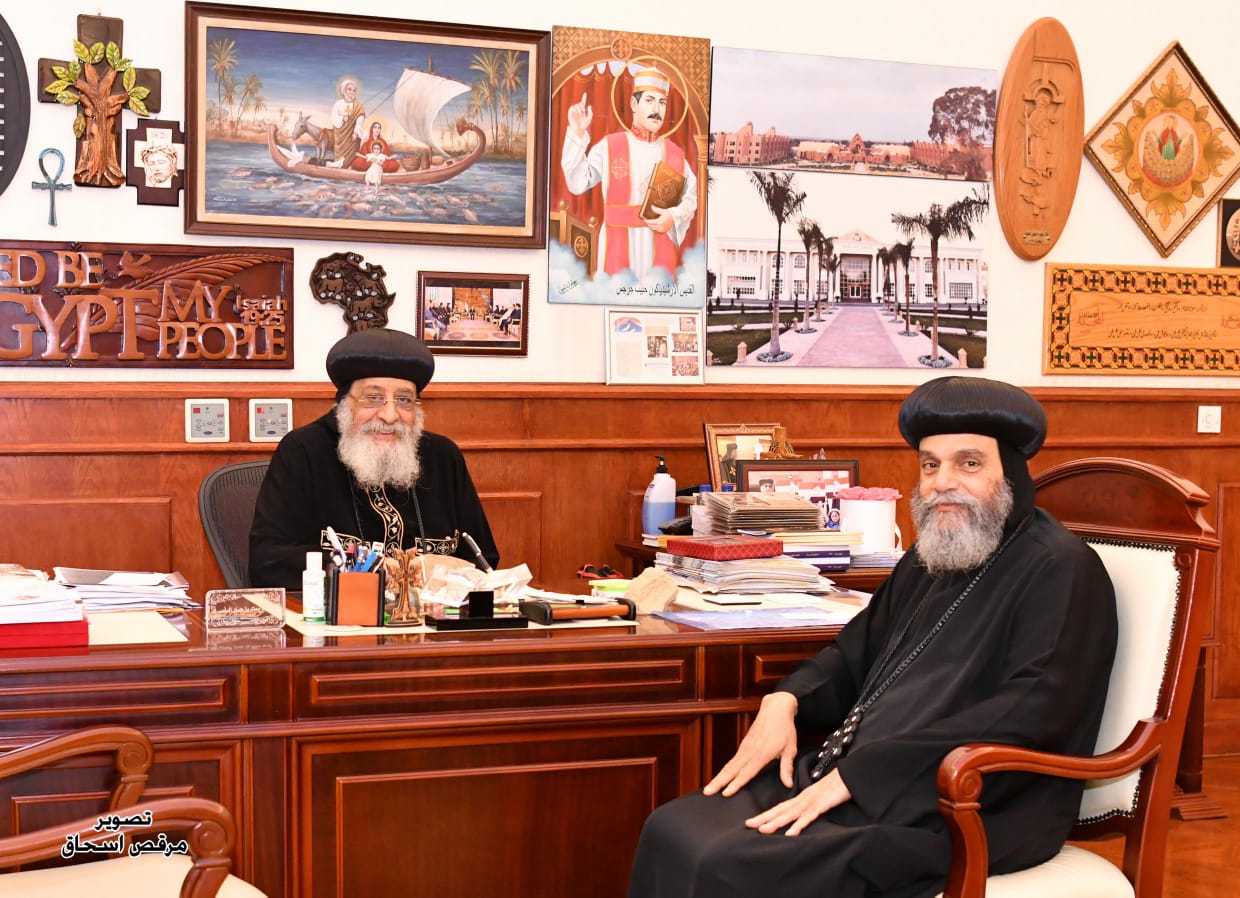 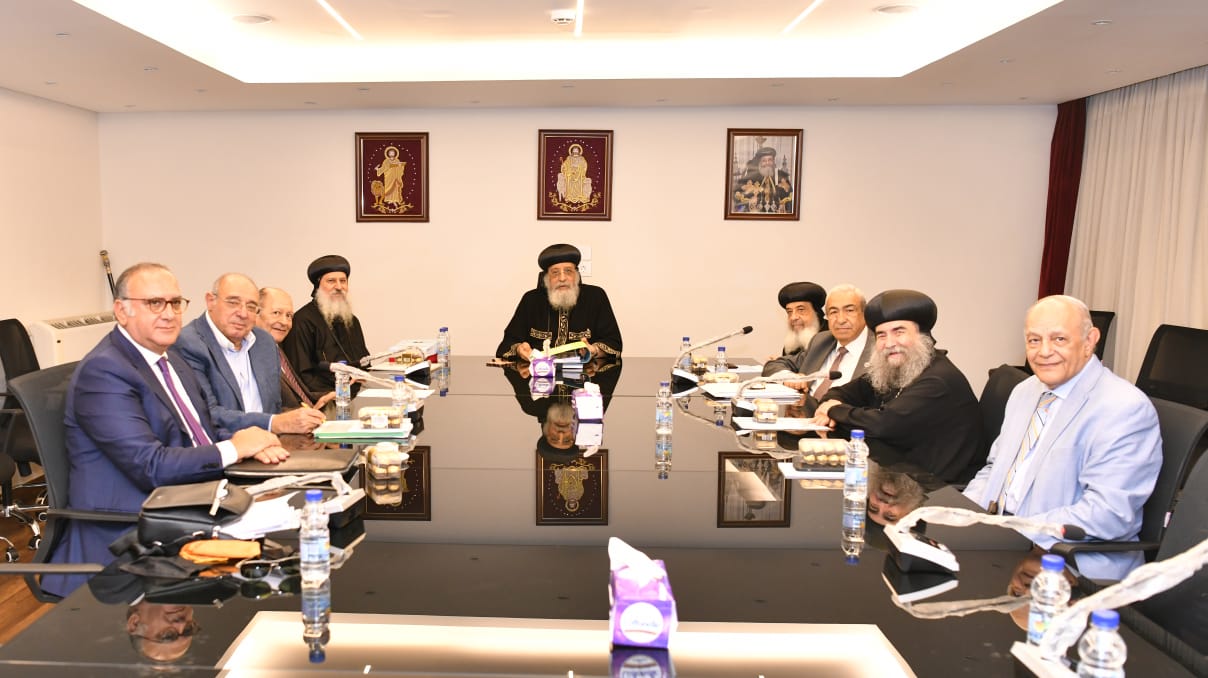 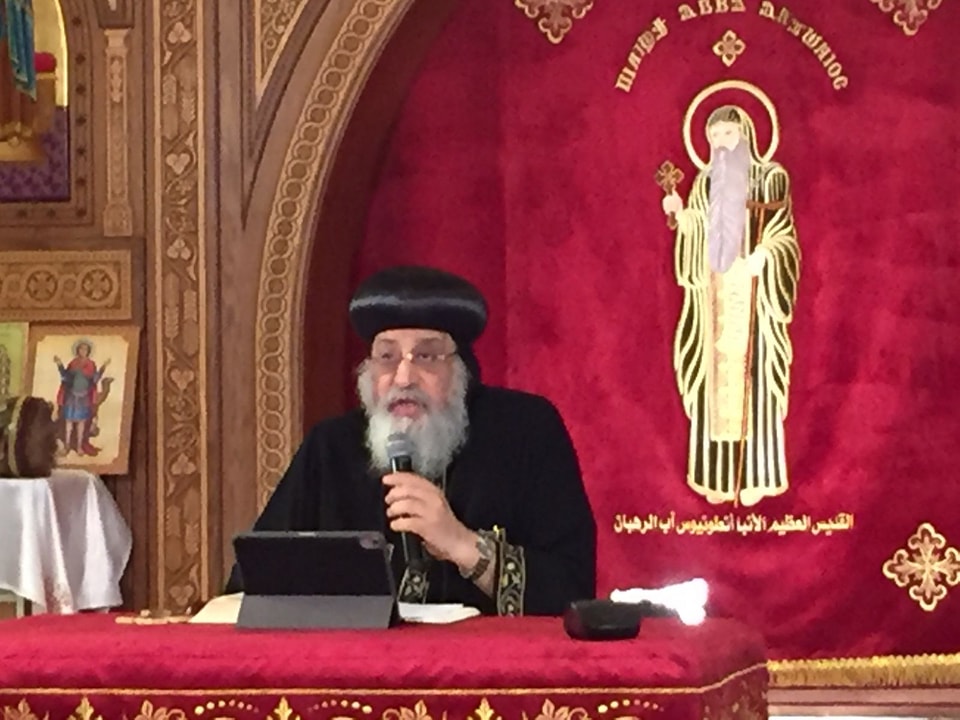