The Coptic Museum is located in the Roman Babylon Fortress, which is considered one of the most famous and largest group of antiquities for the Roman Empire remaining in Egypt near the churches of Old Cairo (Masr Al-Qadima): Sts. Sergius & Bacchus Church (Abu Serga), Virgin St. Mary Church known as “The Hanging Church” (Al-Kanisa Al-Mu’allaqa), in addition to the Ben Ezra Jewish Synagogue. The Coptic Museum was established in 1910 AD for the purpose of collecting antiquities and documents that contribute to enriching Coptic art studies in Egypt. The total area of the museum, including the garden and the fortress, is about 8000 sq m (86111.28 sq ft), and it is was endowed to the Coptic Orthodox Church by Pope Kyrillos (Cyril) V, the 112th Pope V. Both of its wings, the new and the old were renovated in 1984 AD, in addition to the  Hanging Church.

This museum is the largest of Coptic antiquities in the world. It consists of two wings connected by a corridor: (1) The old wing that was built by Marcus Simaika Pasha in 1910 AD, and (2) the new wing that was opened in 1947 AD. It contains a collection of the finest forms of Coptic art that are spread over the various departments of the museum, namely: 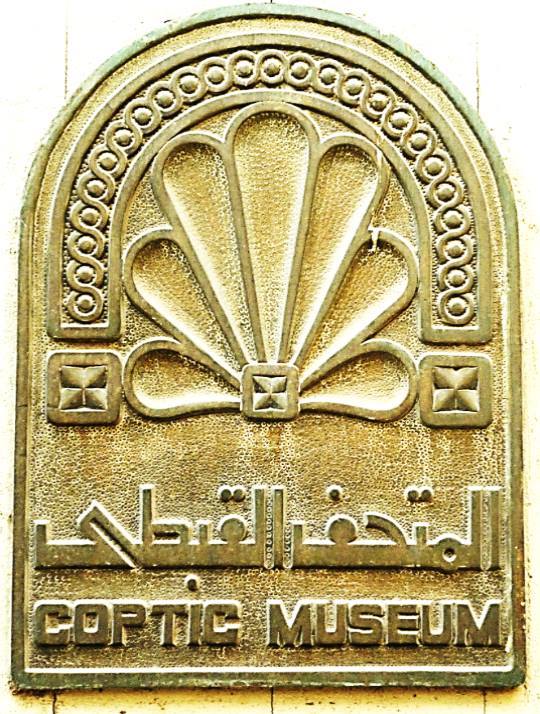 The Coptic Museum has about 16,000 holdings that are distributed over the departments by type and arranged in chronological order as far as possible.

The old wing of the museum holds a collection of wooden furniture and inlaid doors that includes a door from the iconostasis of St. Barbara Church, which is made of sycamore wood and its panels can be distinguished as it was installed in the Fatimid era during the eleventh and twelfth centuries.

The new wing includes a collection of different types, styles and themes, such as geometric designs, scrolls of acanthus and grape leaves, friezes decorated with rabbits, peacocks, birds, and activities of the countryside, all throughout the periods of the Hellenistic and Coptic heritage to the Islamic forms of art in Egypt. The Coptic Museum also possesses biblical manuscripts dating back thousands of years that are considered an architectural masterpiece.