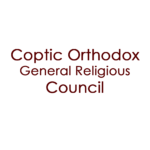 The Coptic Orthodox Church in Egypt elects the members of the Religious Council whose authority is administrative and non-religious in the life of the Church.

In February 1874, Boutros Ghali Pasha was the most prominent Copt as he became an undersecretary in one of the ministries. He had a good relationship with Khedive Ismail and his entourage. He accepted the idea of the council and an order was issued by Khedive Ismail Pasha to establish the first Coptic Orthodox General Religious Council in February 1874. That council was commissioned to specify its authority and establish its bylaws.

The council consists of twenty-four members (men and women) elected by Copts across Egypt. The council is headed by the Pope of Alexandria and the Patriarch of the See of St. Mark.