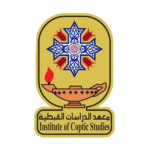 From the sayings of His Holiness Pope Tawadros II about the Institute for Coptic Studies:

The Institute for Coptic Studies is a beacon for the Church… and the word beacon is derived from the word light in Arabic. This light provided by the institute, whether by enlightenment, education, or knowledge, makes it a beacon. It is an institute for studies… and studying is education. If the institute is concerned with education, then education is the key to change. It is an institute for Coptic studies… Coptic refers to the identity. Therefore, the Institute of Coptic Studies is also concerned with the identity… and the presentation of Coptic identity in a way that is appropriate for the era in which we live in.

Establishment of the Institute:

It is an institute concerned with Coptic history, civilization, heritage, and culture, and it is affiliated with the Coptic Orthodox Patriarchate, and its highest authority is His Holiness Pope Tawadros II, Pope of Alexandria and Patriarch of the See of Saint Mark. The institute was established in 1954 AD upon the decision that was issued by the General Religious Council declared on January 21, 1954, and the Ministry of Education approved in its letter issued by the Department of Higher Education No. 1264 on July 10, 1955 in which it praised the idea of its establishment to serve the national history in the Christian era and fill the lack of studies in such a field. On December 17, 1954, the inauguration ceremony of the institute was held, and the international scientific community received the idea of establishing it with great interest and rushed to send its scientists and researchers to it for joint scientific cooperation.

The Institute’s Mission and Goals:

The institute’s main mission is scientific research in the fields of Coptic studies, including studying the manifestations of Coptic civilization in all aspects of thought, history, theology, language, literature, arts, hymns, music, architecture, archeology, society, media, African studies, and others; also participating in and contributing to the continuing disclosure of the tangible Coptic heritage and the intangible, while working to document and protect it; and include the educational role in teaching Coptic materials on a regular academic basis; and forming a new generation of scholars and specialized researchers. The institute grants scientific degrees in the field of Coptic studies (postgraduate diploma, master’s degrees, and doctorate degrees). The institute is interested in specialized studies that include several areas such as theological and ecclesiastical sciences, humanities, social, educational, media-based studies, and others. The institute also works to serve the Church, the society, and the nation, on the basis of spiritual, scientific, research and applied foundations. The institute works on communicating and coordinating with local and international scientific bodies specialized in the field of Coptic studies.

The institute is made up of eleven departments:

It aims to study theological sciences and its various branches, including the sciences of doctrinal, theoretical, literary, spiritual, pastoral, biblical, liturgical, comparative theology, and others. Also, to study the foundations of the proper interpretation of the Bible, theological linguistic terms and expressions, the Ecumenical Councils, the writings and sayings of the Fathers, Ecumenical dialogues, and others.

It aims to teach the Coptic language (reading, writing, grammar, conversation and translation); and to preserve it, its hymns, and its prayers with proper Church pronunciation; and to study its grammar, dialects, history and development, and the link between it and the ancient Egyptian language. It is also interested in studying Coptic literature with all its branches; and studying biblical texts in the Coptic language, as well as liturgical texts, historical texts, etc. The department is also concerned with studying phonetics, scripts, and teaching methods, and preparing free lessons to teach the Coptic language.

Concerned with preserving Coptic hymns and music. This requires studying the sciences of music composition, and musical notation, which helps students to taste Coptic hymns, study them, analyze them, and understand their spiritual meaning. The department is interest in the study of comparative music and other nations’ music, in addition to practical aspects of Coptic hymns such as searching for and recording them, forming teams to learn them (choruses), and cooperating with foreign bodies and universities to record and learn Coptic hymns. The department also teaches intensive hymns courses. It has a modern sound studio to record Coptic hymns. The department also provides some scientific missions outside Egypt.

Concerned with studies of Coptic art and all its kinds, such as icons, painting and ornamentation art, fresco and mosaic art, sculpturing, woodwork, ceramics, pottery, glass, metalwork, and weaving. Also, studying the components and contents of churches, such as altars, pulpits, the iconostasis, and windows with its glass, drawings, etc. Moreover, the study of the art of wall murals with its various mediums and designs. The department is concerned with the practical aspect of training students in artistic production in its various fields, including preparation processes, performance method in design, formation, colors, and symbols, etc.

The department has specialized drawing studios (ateliers) for Coptic arts and is keen to publish examples of Coptic art locally and internationally.

Concerned with studies of Coptic architecture and its elements and analyzing its characteristics and development which requires studying theories of architecture, the history of Church architecture, and the study of archaeological space, along with the study of architectural styles, their development, and their symbolism. Also, studying history of the development and design of religious buildings, Coptic churches, and monasteries, and the principles of designing churches in light of the rituals and doctrine. The department is keen on teaching scholars modern and contemporary methods of designing Coptic churches.

Concerned with studies of fixed and movable Coptic antiquities, and its preservation, cataloging, restoration, and maintenance. Also, studying ancient churches and monasteries and their icons, manuscripts, monuments and others, and supplementary sciences in ancient Egyptian antiquities, Greco-Roman antiquities, ancient Egyptian language, and the Coptic language. The department organizes scientific trips for scholars to the ancient monasteries and churches in the Upper and Lower Egypt.

Concerned with Coptic history in all its eras and stages—from the Apostolic era to the modern era, including the Ecumenical Councils, the Patriarchs of Alexandria, the role of Copts in political, social and economic events, and their role in the national movement, in addition to studying Coptic manuscripts. It is also concerned with the modern and contemporary history of the Church, particularly the history and civilization of Egypt during the Coptic era in all its manifestations and aspects.

It included a number of social specialties that are necessary for the study of social life and its many aspects. This includes sociology, anthropology, social service, psychology, and education. The department cares for fields of human development, practical service, and training and preparation of servants and laborers in the various ecclesiastical fields.

The department offers studies specialized African culture, as it is the mother continent, and the effects and influences of the cultural, literary and artistic exchanges between Egypt and the continent, to develop knowledge about it, to solidify the relationship the relationship with its people, to study the history of the Church in it, and to prepare specialized servants and researchers in it. Also, the department is interested in a complete study of the continent in the following five aspects: the economic, investment and political aspect, the geographical aspect, the anthropological aspect, the historical aspect, and the environmental (ecological) aspect.

The department is concerned with studying the history, heritage and civilization of the sister Oriental Orthodox Churches (Syriac, Armenian…etc.), as well as studying the heritage of Copts written in the Arabic language, and the heritage translated from Greek and Coptic into Arabic, among other things.

It is a specialized center for teaching ancient and modern languages. It organizes educational courses for translation and conversation, and studying theological terms and texts in the English language, and others.