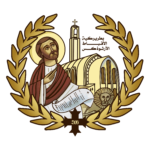 The Coptic Church is a church with roots extending back to the first century AD, from the beginning of the preaching of St. Mark the Apostle in the land of Egypt and extending to our present era. It is both an authentic and contemporary church.

At the beginning of the pontificate of His Holiness Pope Tawadros II, the Coptic Media Center was established and the official spokesman for the Coptic Orthodox Church was appointed.
Then, due to the urgent need to document, record and publish everything that happens and happened in the Coptic Church, the idea of establishing the official website of the Coptic Orthodox Church arose.
The website serves all our Coptic children everywhere in the world in both Arabic and English.

On Wednesday, March 10th, 2021, His Holiness Pope Tawadros II inaugurated the official website of the Coptic Orthodox Church on the Internet.
The launching took place during a special ceremony held at the Logos Center at the Papal Residence in St. Bishoy’s Monastery, Wadi El-Natroun, in the presence of members of the Holy Synod, priests and monks, where the contents of the site and its services were presented live.

The English version was opened on Tuesday, June 1st, 2021, on the occasion of the Feast of Christ’s entry into the land of Egypt.
The official application was launched on Tuesday, February 22nd, 2022 in both Arabic and English.
Work is underway to launch the site in French, German and Italian soon.

What does the website of the Coptic Orthodox Church offer?

The church website is divided into 6 Sections, each section presents an idea, information or news on a specific topic