H.H. the Pope on the Issue of the Renaissance Dam: Egypt with Its History, Capabilities and Leadership Can Preserve Its Water Rights 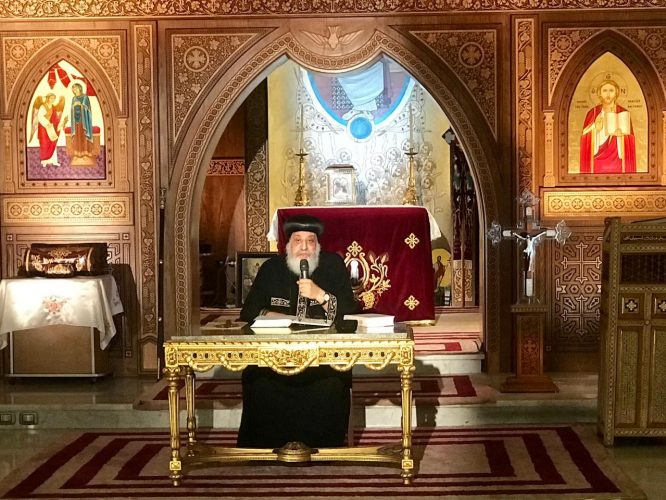 H.H. the Pope said that the Church prays for the success of the diplomatic efforts currently underway, to find a solution to the Renaissance Dam problem despite the provocations and statements issued by Ethiopia and noted that the Security Council session is scheduled for tomorrow, which will submit the matter before Egypt and Sudan to reach a resolution in their favour during this crisis.

This came before the Wednesday weekly meeting sermon, and H.H. stressed that negotiations and peace of mind will not continue forever, considering Ethiopia’s insistence to have a separate view away from the two downstream countries Egypt and Sudan.

The Text of H.H.’s Statements:

I would like to point out the issue Egypt is currently encountering with the Renaissance Dam being built by the brotherly state of Ethiopia, despite all diplomatic and political efforts and peace of mind. We pray for tomorrow’s Council of Security session, as Egypt and Sudan present the matter before the international community. We are confident that these efforts will not be in vain, despite the provocations and statements which appear to show Ethiopia having its entirely own opinion separate from the two downstream countries Egypt and Sudan, and far from the advice of the entire international community.

We pray for the Security Council session so that God may grant it grace and wisdom.  There is a draft resolution submitted by the State of Tunisia in its capacity as an Arab and African country. Egypt has continued to try to offer all possible solutions and to respond to all views and negotiations. However, we see that this patience and negotiations will not last forever, and Egypt with its political as well as public leadership, and the Egyptian government can protect all water rights and preserve Egypt’s water security. The Nile has given life to Egypt for thousands of years. Being one of the world’s largest rivers created by God Almighty, He made it pass through ten African countries irrigating it with growth and fertility, and Egypt is the tenth and last country (the downstream country). Its capabilities, abilities, and history – all capable of preserving its rights. I plead with God to make this last step lead to a positive outcome to avoid the entrance of war and conflicts into the Horn of Africa, as well as the disasters and crises which brings evil to everyone.

We pray that God will grant wisdom, peace, and tranquility, and aid all of them. 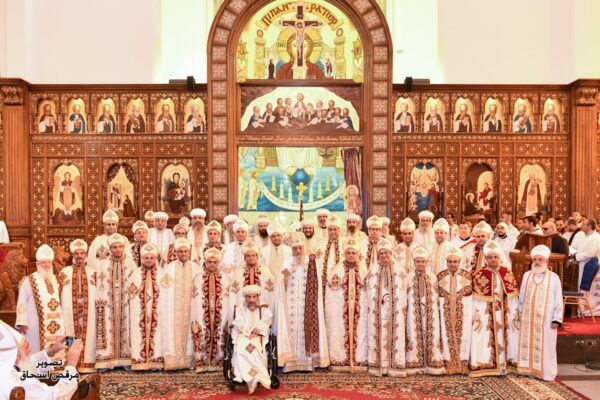 H.H. Pope Tawadros II Prays the Holy Liturgy of the... 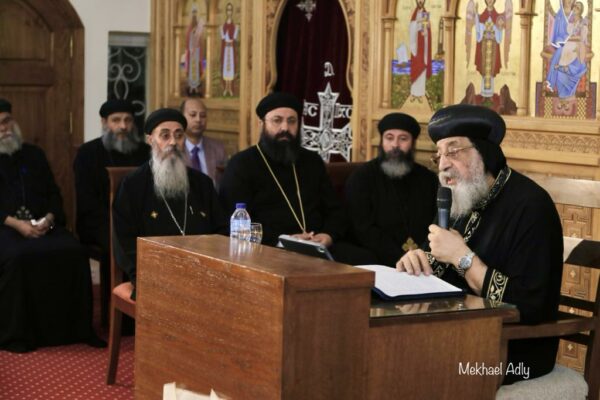 “The Woman is the Fragrance of the Christian Family” –... 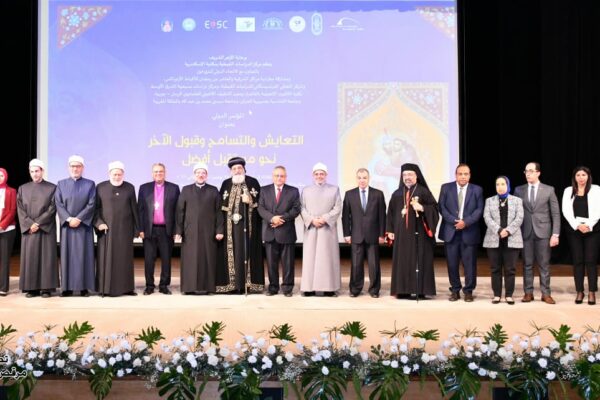 H.H. Pope Tawadros II Participates in the Opening of the...